I arrived in India not knowing what to expect.  A lot of things which other people have said had been circling my mind. “You are never prepared enough for India”, was a constant reminder told by many of my friends who have been on the project before. But what makes this place so special? Why do people who experience being part of this project want to return again? What are the lessons learned during this brief period?  Clearly, a lot of questions had to be answered.

During the volunteer training, which I later found to be so valuable, we were encouraged to do our bit and prepare beforehand. I was fully committed to give myself the best preparation I could, in order to lessen the initial shock and allow myself to be immersed seamlessly into the Indian culture. I researched online, read books, watched countless videos on YouTube, however I still felt that I just skimmed the surface, and couldn’t possibly declare myself fully prepared. On the other hand, a part of me was telling me this is the way it should be, to find out for myself and not let any other parties influence me.

First lesson to be learned, barely a few hours after touching down; don’t grumble! And it is easy to see why. In August, India is hot. Very hot! Temperatures lie around the 35 degrees mark; however it is the excessive levels of humidity, brought about by the wet monsoon, which make the place literally unbearable. I found myself sweating profusely just minutes after stepping out of the shower. How was I supposed to spend a full morning playing with children and organizing sports events in the afternoon in all of this heat? By day 5, we found out that most of us had lost around 2-3 kgs already, basically all fluids. To make matters worse, the wet monsoon happens to be the ideal playground for mosquitoes. On certain nights during dinner, I had to remove mosquitoes from my food after every single bite, as they kept flying head first into our food. And I am not going to mention sleeping. Or when the electricity goes off, which is a very common occurrence in India.

Yet, it was a trip to one of the villages, Shekhwara, where I came to realise the everyday struggles that the students face. The village is quite far from the campus, around an hour of walking if you know your way through the muddy shortcuts. Yet every day, these children are walking (most of them barefoot) to school while hungry in the early morning, surely right after a night facing tens of mosquitoes while trying to sleep, in order to be on campus by 8.00am. All of this while every morning we were having toast for breakfast and complaining that the fans aren’t powerful enough. How can we complain? I felt embarrassed that most of our time was spent grumbling about the heat, while the children, full of energy, were happily running around and playing without a care in the world.

In India, nothing really goes as planned. This was a common source of frustration; imagine having to scrap your planned activities with a group of older children as all of a sudden you learn that you will be assigned to work with a group of young children from playschool. Plans are made on the day, more precisely through a call a few minutes earlier. Even when we managed to write down a simple plan for the next four days, somehow it ended up in smoke from day 1. We had to learn to accept the ever changing circumstances and not get frustrated by the lack of well-defined plans. We didn’t have the luxury to waste time frustrated because of other people’s decisions impacting our plans.  We had to learn to adapt and be flexible.

I realised how easy it is for people coming from our background to prejudice the Indian people if we are not open to learn and embrace their culture.  What would your thoughts be if you’re in a place surrounded by rubbish?  A country where young teenage girls are forced into arranged marriages and poverty runs rampant.  Why is it still acceptable to have such a large gender gap in general when it comes to education? These subjects were the main discussions during our placement. It is very easy to point fingers and make assumptions, especially in a country where poverty rules and people seem lazy. It is crucial to understand the culture first and gain knowledge of the reasons that resulted in the current circumstances in the first place. Knowledge is the key to understanding, lack of it will result in misjudgment and inadequate solutions, which prove more harmful to such cultures and societies. 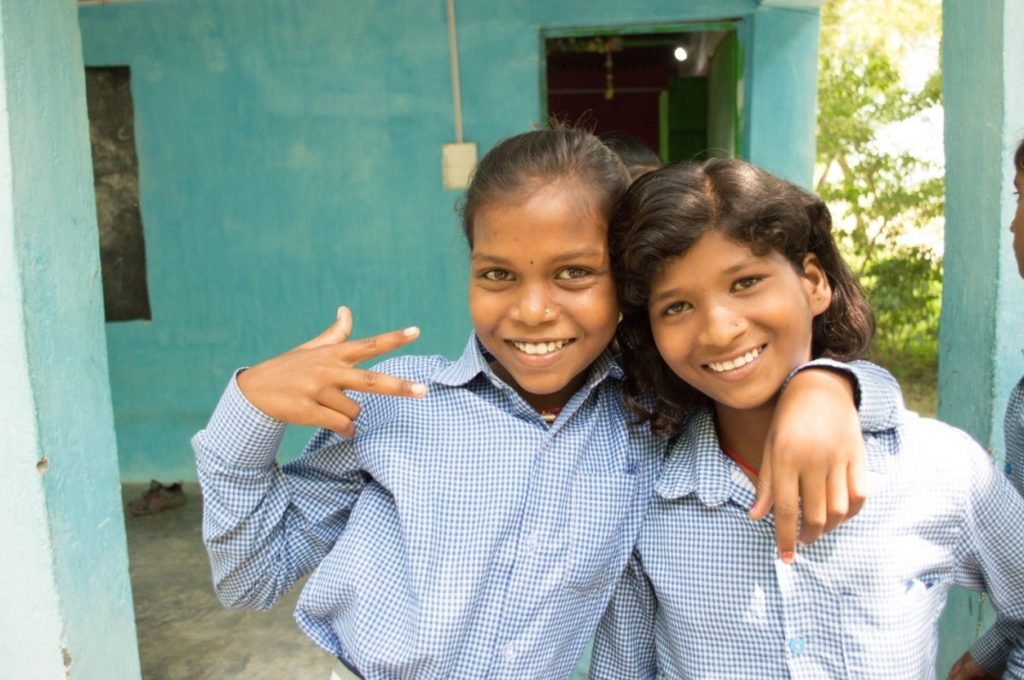 Our main placement duty was to empower children through different sports. The aim was to give them confidence, so that someday in the near future they would be able to compete against different schools and showcase their talents. We outlined football, volleyball and basketball as the most popular ones and the ones which the children wanted to take part in. These sessions were to be held for 2 weeks, to give the children an introduction to the sports. So off we went, all 50 of us (volunteers and children) crammed into a school-bus designed for 30 people at most, heading to one of the best schools in the region. For a child coming from the village, this was more than just a training session. This was an opportunity to taste what other ‘rich’ children experience on a day-to-day basis, and you could see the joy and excitement on their faces. It was a headache to organize and group them, and who can blame them? For a child coming from the village, this meant a lot. I was surprised and delighted to find out that the participants who enrolled for football were all girls! Great, we were already breaking taboos at our first attempt! Football is for everyone, not just boys.

Always chatting and joking around on our way to the training sessions, we were astonished one day to see the mood suddenly turn sour as the other ‘rich’ children were present in the school. Our students felt intimidated and under pressure and they simply didn’t want to react. These were students who were making good progress and were jolly up to a few minutes earlier, only to freeze and get disheartened because the other children were watching. It is easy to relate this scenario to our daily life over here. We have the power within us, yet we stay grounded because of what other people might think of us. We question our abilities against the unasked-for opinions of others, and let them affect us. Just like these children who were outside their comfort zone, we ourselves are facing our fears through the unfamiliar and are challenging ourselves. Empowerment is having the courage to grasp the unfamiliar and take it into your stride; to become aware that we are all the same, and the world is a much happier place if we go through it together. 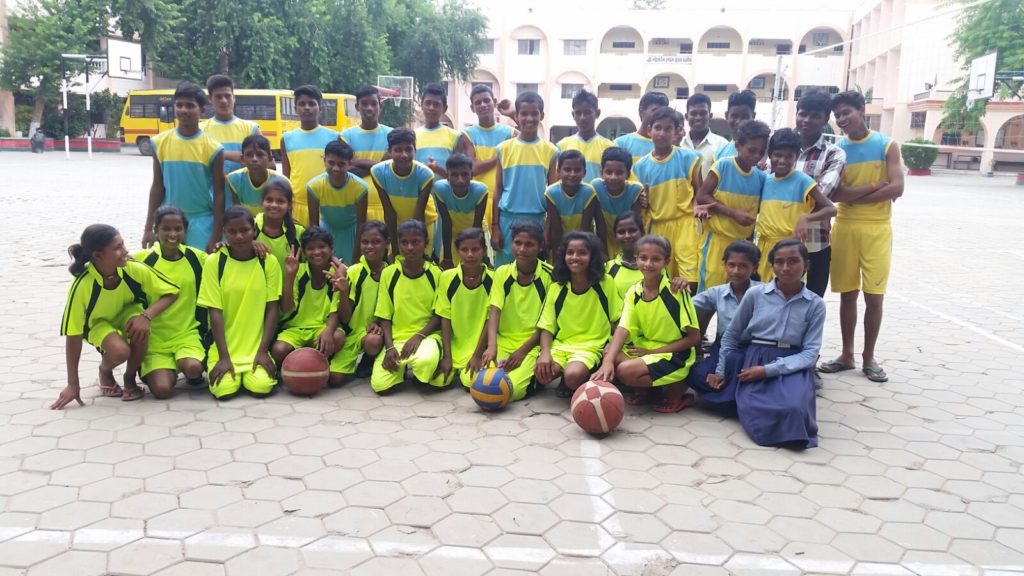 Change is a process. It does not happen outright, nor does it have to be tangible. It is difficult to envision how the money is spent and the impact that volunteers have on such projects if you are not there present in person. In the months leading to our placement, we were constantly reminded that each volunteer group is part of an ongoing chain. As per our group, we benefitted from the relationship that previous volunteers had built with the local people, allowing us to be engaged in different activities. The confidence seen on the children’s faces was a result of the work done by others before us. We must not get disheartened and think that our actions are negligible and do not make a difference even if it might seem so at present. In the bigger picture it will all make sense. You’d be surprised to find out how your actions manage to trigger a change and affect other people’s views on different matters. 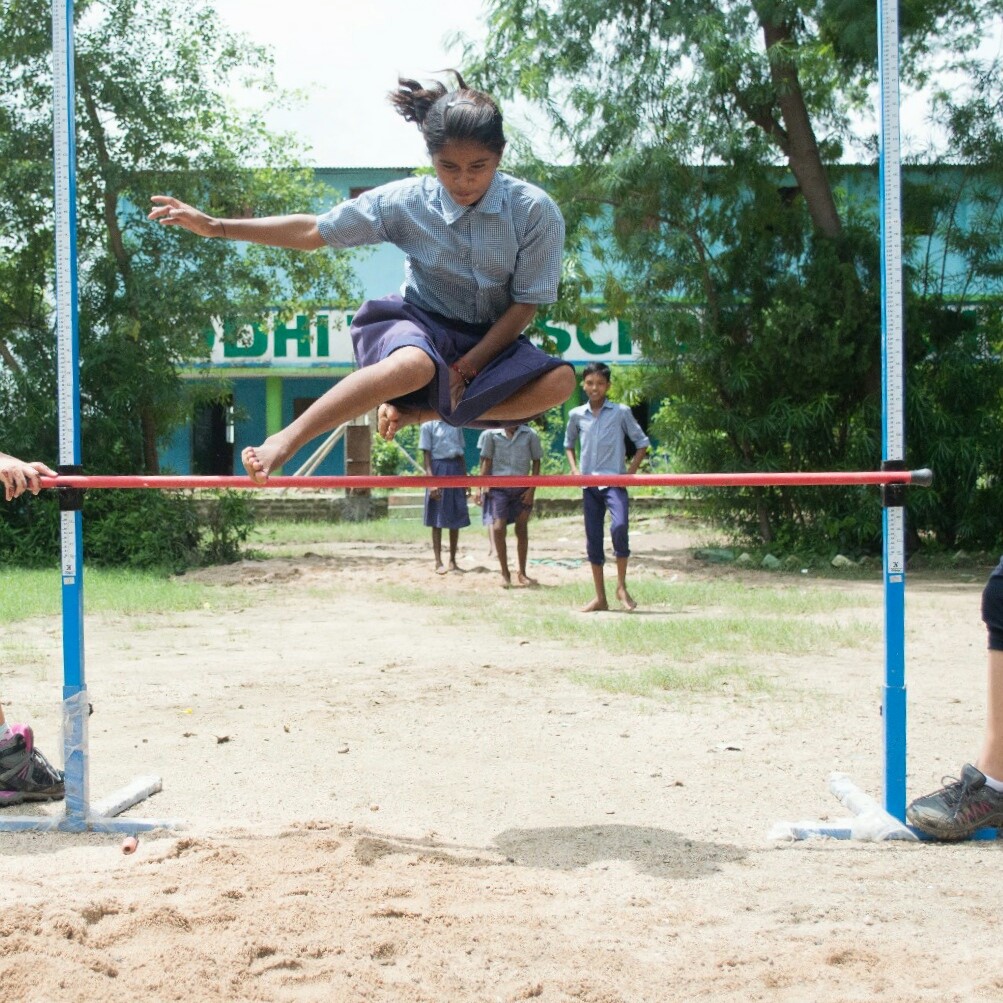 I am confident that our time spent there will reap its benefits. We continued the process started by the ones before us and left an impact which will benefit the groups of volunteers to come, all with the aim of leaving a better place for the children.  I can see why the project is special and close to many people’s heart. It is true when they say that you participate to give a helping hand, yet you end up receiving more in return. The lessons learned are many, though the immediate ones which come to mind:

Be grateful! Appreciate what you have! Live in the present! Don’t get disheartened if things don’t go your way! Inform yourself! Read, research and embrace knowledge as a powerful tool!  Raise awareness! Step out of your comfort zone. Lift others!

Tania Integrated Rehabilitation Centre – New Project
Geography and Health Inequality: what can be done about it?
We use cookies to ensure that we give you the best experience on our website. If you continue to use this site we will assume that you are happy with it.Ok