Littering in public places is generally frowned upon.  But could the same thing be said for Kenya?  My walks around towns like Ngong or Kibera in Kenya left me appalled by the many streets that serve as rubbish dumps with towering piles of plastic bags all over.  No matter where I went, plastic bags were a constant. 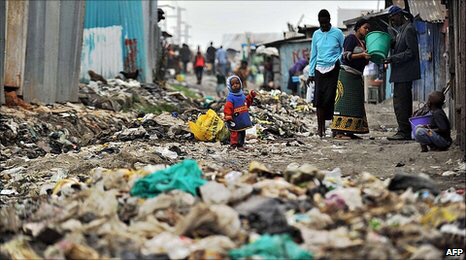 It goes without saying that since their invention in the 1960s, disposable plastic bags have become an amenity for lazy shoppers all around the world.  But one must not forget that this comes at a cost!  When incorrectly disposed of (a common occurrence in poor countries), plastic bags are not only unsightly, but also damage agricultural land and provide breeding grounds for malaria-carrying mosquitoes, not to mention the fact that they may take hundreds of years to degrade. An estimate by the United Nations, quoted in the mother nature network, states that more than 100 million single-use bags are used and discarded in Kenya every year.  The Environment Minister in Kenya Judy Wakhungu has declared that plastic bags provide a formidable challenge to solid waste management in Kenya and described the situation as an environmental nightmare that has to be dealt with as soon as possible.  It was thus now high time for Kenya to wake up to this alarming reality and nip the problem in the bud.  Following a 10-year, three-try crusade to put the kibosh on polythene bags once and for all, a tough-as-nails ban on landfill-clogging throwaway carriers came into force on August 28 after being announced in March.  Those caught violating the new regulation either through the use, manufacture or importation of plastic bags is subject to fines ranging from $19,000 to $38,000 or a four-year stint in prison.

There’s no doubt that limiting access to single-use shopping bags is a beneficial one from the ecological aspect.  However there have been some legitimate concerns with regards to impoverished areas in Kenya, where alternatives to something so cheap and ubiquitous can be minimal.

Let’s face it:  little-to-no Kenyans were expecting the day to come when suddenly no more plastic bags could be used.  The people were just hoping that that the implementation date would be extended to a later one.  But NO: this time the government has put its foot down and is committed more than ever before to successfully ban and face out plastic bags.  In fact since the introduction of the ban, vehicles are being stopped at roadblocks for bag checks.

Baffled as they seem, the community we used to work with, had no bag ordinance!  But as in other circumstances, Right 2 Smile has offered glimmers of hope and found ways how to help the community in this situation.  And here is where Garden of Smiles comes in!  Garden of Smiles is a Right 2 Smile project aimed at empowering women and supporting them in fulfilling their potential. I have closely observed this project in Kenya and used to admire the dedicated and talented volunteers who used to dedicate their time to teach women skills that will enable them to work within the textiles industry.  With the plastic bags ban in mind, the volunteers showed the women how to do different stitches and made sure they know how to do them well.  Then, they showed them how to do handbags out of fabric.  I could observe the women happily sowing their own bags which they can use for shopping instead of plastic bags.  Not only but they also create other bags to sell them, thereby having a source of income.  The fact that these women are not given bags by the organisation but are taught these skills that they will cherish throughout their lives makes the project sustainable since even when the volunteers are not there, they can continue to create things, in this case bags and hence, earn a living.  This project is also admirable for the way it inspires women who did not have the opportunity to go to school and pursue a career to become more independent individuals and have a voice within their own society.  If only all the bags we buy had such an inspirational and valuable story behind them! 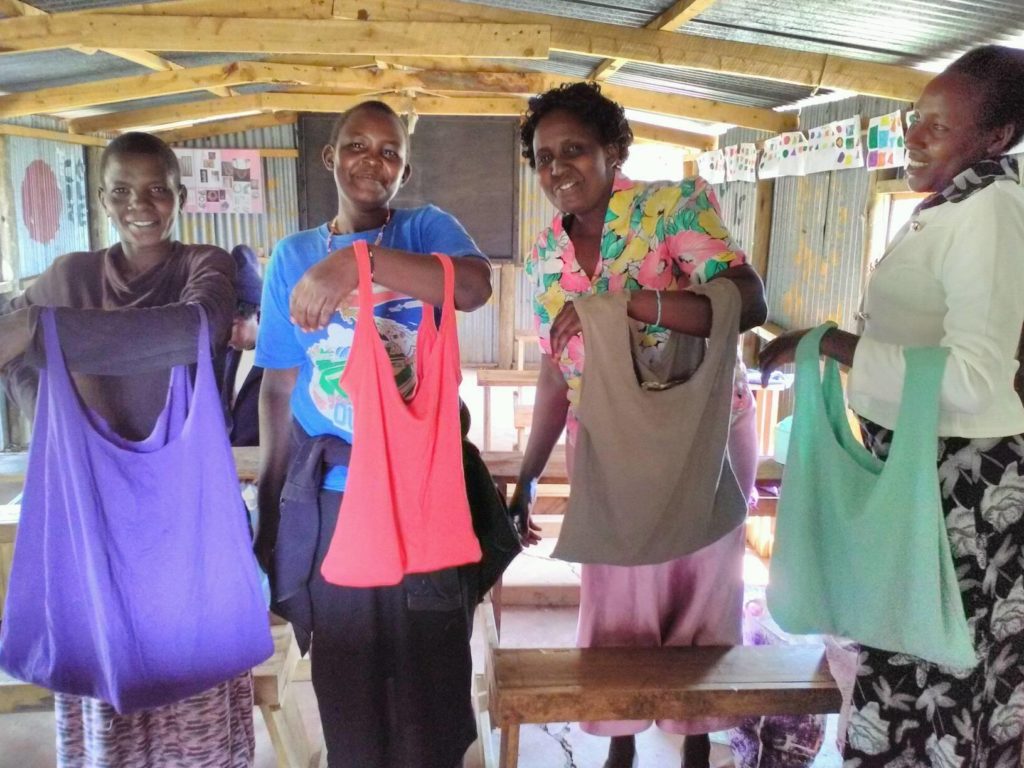 Annabelle Farrugia – 2017
Tania Integrated Rehabilitation Centre – New Project
We use cookies to ensure that we give you the best experience on our website. If you continue to use this site we will assume that you are happy with it.Ok