“Let’s go give it a look,” I said smiling.  ‘What could one possibly expect?  Keep your hopes down.  No expectations.’ I told myself as we were planning to visit an Integrated Centre for children with additional challenges during my trip to Kenya last year.  ‘No expectations.’  I remember thinking the exact same thing as I was preparing for my first trip to Kenya the year before.  What is with our brains needing to keep expectations low for fear of future disappointment?  Needless to say, neither experience yielded anything anywhere close to disappointment.  More than anything else, each trip to Kenya leaves me with a new-found sense of satisfaction and appreciation for the little things.

The familiar voice on the radio code-switching between Swahili and English often enough to have you get a gist of what your African mama is listening to in the morning, as she prepares the fire and boils water for morning Chai.

The all so annoying bray of a donkey too nearby, far too early in the morning.

The friendly bleat of a goat mid-discussion.

The ever so joyful voices of children singing after dinner.

The cup of hot black Chai as you chat with your Kenyan mama late into the night. 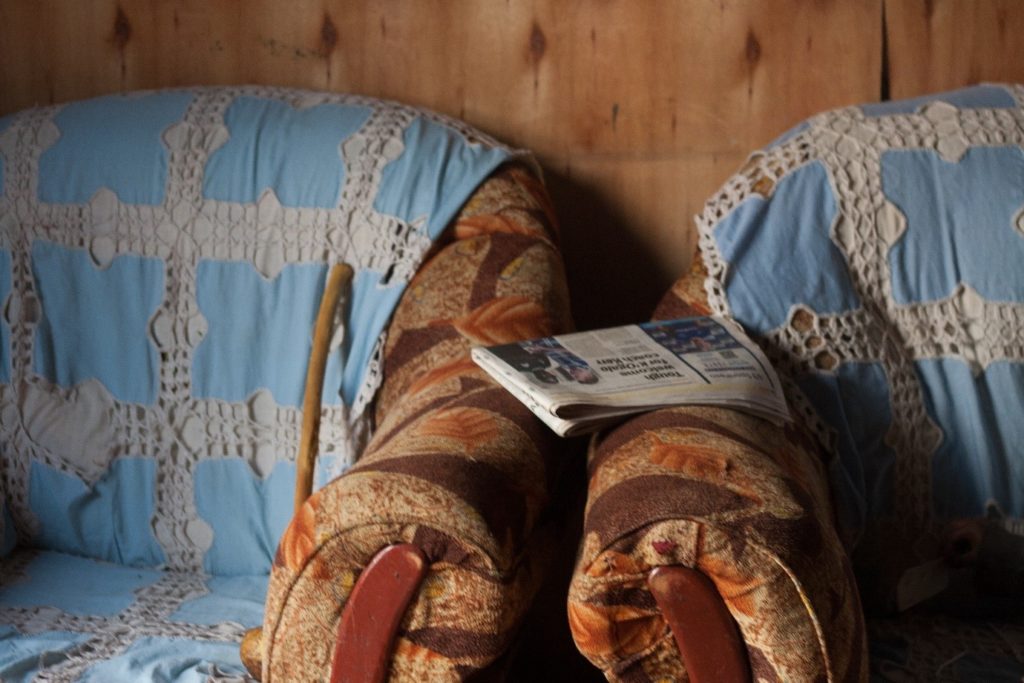 “Let’s give it a look; then we’ll decide.”  We literally stumbled upon a Centre that strives to become so much more than any other centre I’ve worked in, in the ‘more developed country’ so to speak.  We were greeted by a team of enthusiastic people.  I was impressed at the type of questions they were asking about the child’s difficulties; using technical jargon.  More importantly I was surprised at the vision they had; a facility that catered solely for the re-integration of individuals, who would otherwise be marginalised from society.  To become their best and take an active role within their community.

I was blessed with an opportunity to spend 3 weeks at Tania Integrated Rehabilitation Centre (TIRC) this summer.  I was utterly blown away by the story of a hard-working couple, buying a small piece of land as part of their retirement plan.  Deciding to sponsor a child’s education only after having their daughter offer to attend a less-costly private school so that her parents could afford to sponsor her friend’s schooling.  One simple gesture stemming out of the pure generosity of an innocent and young heart, and the seed was planted for TIRC.  Sadly, I did not have the honour of meeting the Founding Directors’ daughter during my stay.  But her altruism and pureness of heart flows through the work the Founding Directors do.  This, to me, was a story of hope.  Proof that the seemingly unimaginable is possible.  The practical mind, hard-working soul and a persevering attitude can get you anywhere you want to be.  I watched the Kigundas, the Founding Directors at TIRC, squeeze the most out of every opportunity that came their way.  They are eager to ask questions, eager to learn, eager to serve, eager to impart knowledge, and eager to find ways to capitalize on any form of income generation for the benefit of the Centre.  This included waking me up at 03.30am so that Mr Kigunda and another member of staff could load crates upon crates of tomatoes they had grown in their fields, which were stored in the office come my room, to sell at the market place. I questioned whether I would ever have the will-power to do just that for the benefit of others. 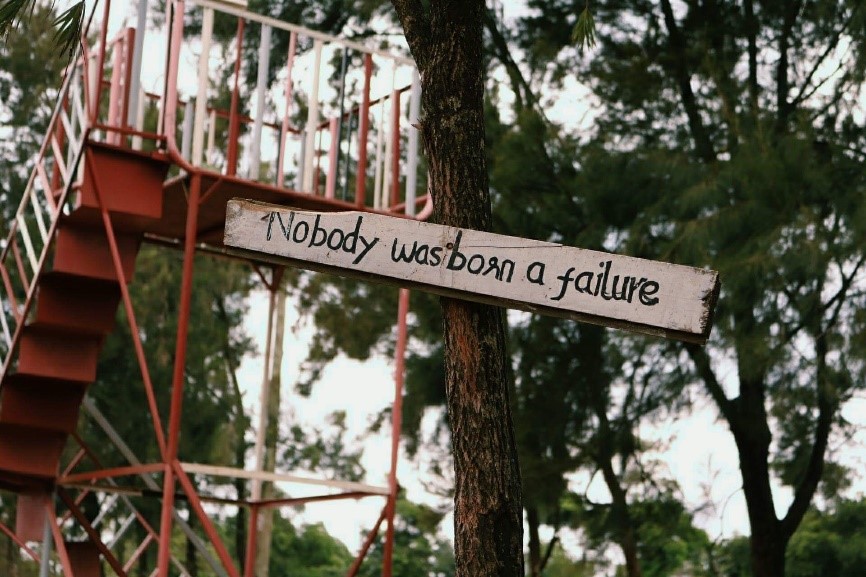 However, at the core of every experience I’ve had in Kenya with Right2Smile, are the children.  I acknowledge my bias; I always seemed to get along better with children than with adults.  So much so that I chose a profession that would allow me to work with children of all ages.  Regardless, the children in Kenya seem to have this special capacity, this God-given gift, to touch your heart, plant a seed, and leave it there to germinate until your return. 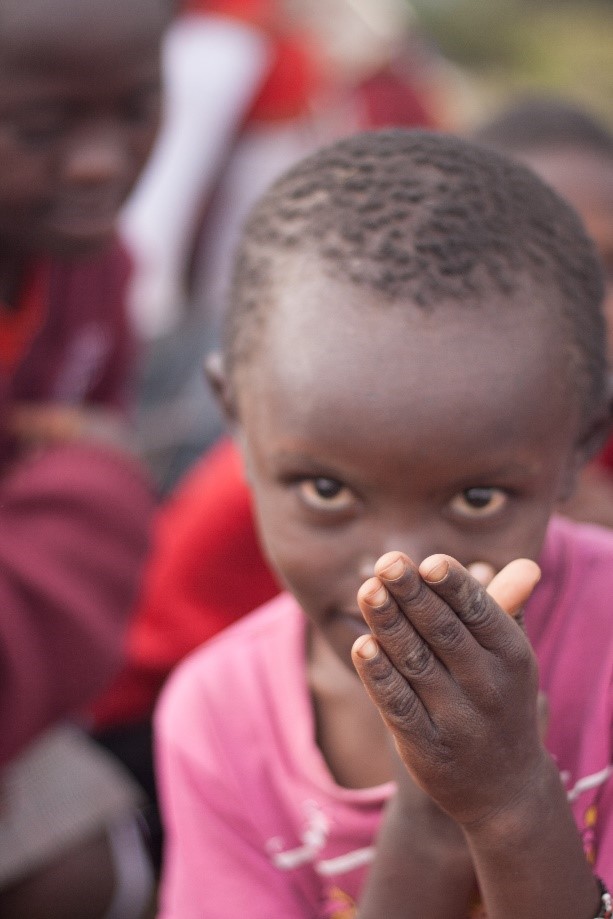 The experience at TIRC allowed me become friends with an exceptional bunch of kids.  A group of children/adults with diverse needs.  Most kids were non-verbal, communicating with the entire community at TIRC in Kenyan Sign Language (KSL). Their difficulties ranged from the Autism Spectrum Disorders, Down Syndrome and other syndromal conditions, hearing loss, and Profound Multiple Learning Difficulties.  I was fascinated at how easily I was accepted into their classroom; how they came running for a hug from the opposite side of the grounds; how much they yearned for individual attention.  Most of these kids have a heart-wrenching history.  Some coming into TIRC after losing their families following the 2007-2008 post-election violence. One particular child was found in a Natural Reserve, being raised by monkeys.  Unfortunately, the future of children with additional needs is rather bleak in Kenya.  These children are of no particular use to their families and often require considerable more attention than their typically developing siblings.  Neglect and abuse with such children are common-tale.  However, a wave of change seems to be fast-approaching in Kenya; and TIRC at the forefront of that wave.

An even more magical experience for me, was to watch the other volunteers approach these children and interact with them; to watch them ask the typically developing children for particular signs to be able to communicate better with the children with additional challenges. Most of the volunteers had divulged that they were previously uncomfortable approaching such individuals for fear of saying or doing the wrong thing.  Again, that all so persistent fear!  Some volunteers went as far as helping me organise the group to be able to participate in a Sports’ Day organised by TIRC; sorting them out at the start of a race with their sacks and spoons and all-sorts, and running to the finish line to be able to cheer them on as they ecstatically participated in the games.  A truly magical moment. 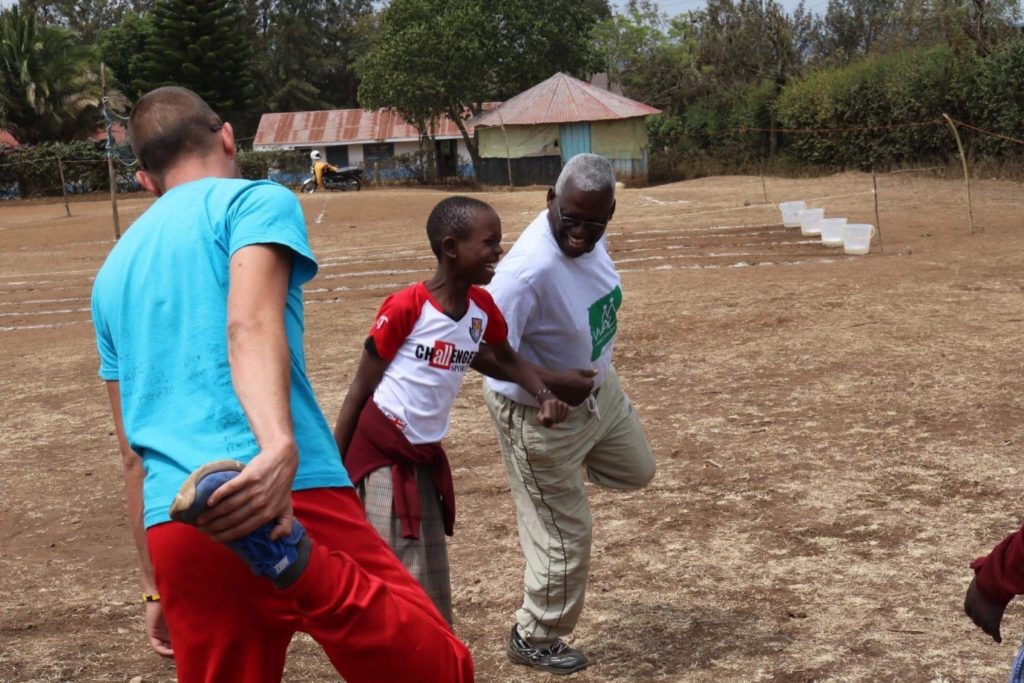 A similarly magical experience, one that truly touched my heart, was divulged to me shortly prior to my parting with TIRC.  One of the boys in the Special Class, as they call it, has moderate communication difficulties secondary to a congenital hearing loss.  He is non-verbal but very fluent in KSL.  He was initially described to me as a child who caused some trouble in the Special Class.  I met with this boy for an assessment.  Never had I met a boy with eyes as bright as his; with a spirit as joyful as his.  He was absolutely amazed by what I presented to him during the assessment.  We moved on to some intervention using tactile and visual feedback to produce sounds.  I placed his hand on my voice box and the other at the side of my nose, he’d look intently at my face, I’d produce a sound, and he’d instantly move on to placing his hands on his neck and face and produce the same sound.  He was absolutely ecstatic.  His teacher and the other members from the Management Team were utterly amazed.  In reality, what I had done was no miracle or trick.  Tears came to my eyes when the Kigundas told me that upon meeting his mother, he placed his hands in the same manner and said, “Mama”.  His mother was beyond herself.

Why do I say this? This is no attempt at self-glorification.  But it is a reality that one faces while working on projects such as these.  These are the moments that shape current and future experiences.  They’re memories etched in your brain.

Integration is at the heart of TIRC.  Across abilities, cultures, beliefs, backgrounds, nations and gender. Within the Right2Smile community, there’s a proverb we like to toss around: Everyone smiles in the same language.  And we sure do! It’s a powerful tool that starts off friendships, partnerships, and the creation of new and diverse experiences and memories. It’s universal.  Not so universal, yet powerful nonetheless, is the use of signs to communicate. I distinctly remember running down an opening at the Children’s Home back in Olasiti, Kenya, wide-smiled and shouting out to our Right2Smile Founder/Director, “Now that’s true integration. They all speak KSL!”. Mrs. Kigunda had told me during my first visit, “At a glance, there is no way you will know who is hearing and who isn’t.  All the children and staff here know KSL.  Integration.”  The intention is pure and the drive is clear.

Notwithstanding their success, which I seem to naturally highlight, their struggles and challenges are endless and should not be undermined.  All the teaching staff have accepted an allowance as opposed to a fixed salary.  This allowance is not provided consistently.  Most of the managerial team work on a voluntary basis.  Much work is put into yielding enough crops to feed the kids well, as well as some of the staff members.  Children in the Special Class are taught beadwork and sewing in the hope that they are able to generate some form of income later on in life.  Their work is also sold and used to buy more material for these sessions, with any extra money going into fixing whatever issue arises.  And believe me, issues do arise.

It was not my intention to end on such a low-note.  Not when this experience has left me with a re-kindled passion for my profession, an appreciation for the little things in life, and a thirst for all that is new and different to what I’ve already experienced. The irony is that I’ve seemed to come full-circle; leaving for TIRC last year half-heartedly, preparing myself for disappointment, thinking meekly, “Let’s go give it a look”;  to leaving TIRC this year with a searching heart, brain and soul.  Searching for the new and the old, the innovative, the useful, the creative, the fulfilling, the experience.  More importantly, incessantly searching for ways in which I can play my small part in the road to equity. 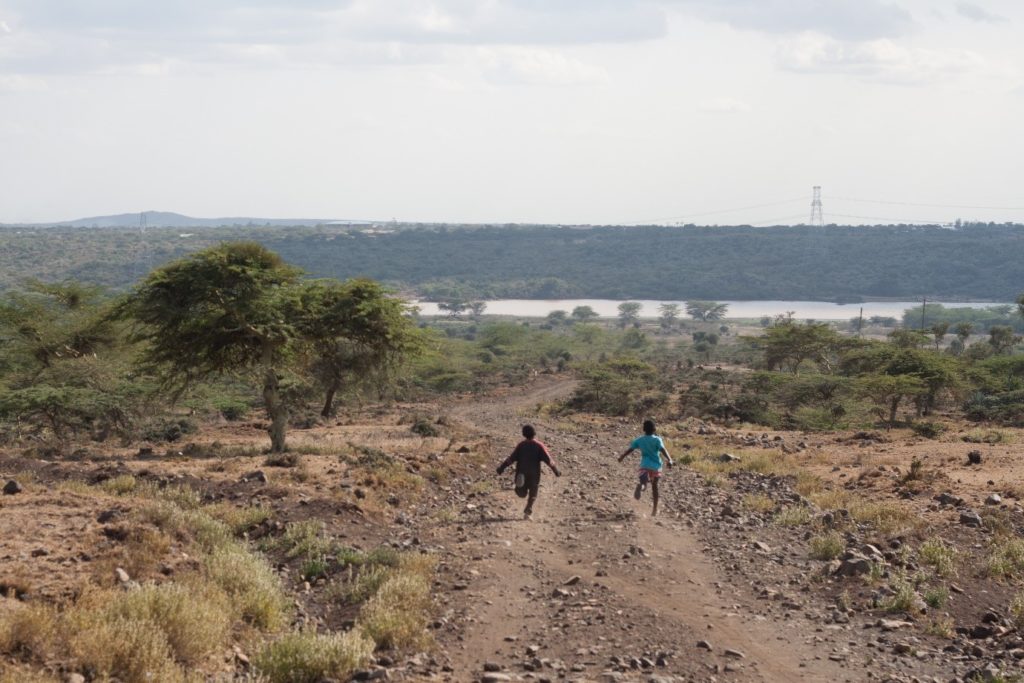 Ritianne Buhagiar – 2017
India, Lessons Learnt – 2017
We use cookies to ensure that we give you the best experience on our website. If you continue to use this site we will assume that you are happy with it.Ok